It was November, Friday the 13th, 1992When I arrived at the hospital-with two bullets in my chest, tow in my leg, and one n the back of my head-it entered behind my ear and broke my jaw. One of the Doctors said I needed to thank God because I should have been dead, three hours ago. After several months in the LA County Jail, I was offered 25 years to life in state prison. I declined. My second plea agreement was 15 years to life, I declined.

I went back to my cell, got on my knees like my mother taught me when I was a child, and asked God not to let me receive a life sentence.

The Lord answered the prayer of a nonbeliever, me; probably because of my Mom being a believer. I plead guilty to two attempted murders on the police and I received two fourteen year sentences. I came home from prison after a decade. Moms passed.  I moved to Long Beach and got invited to church. My second church visit, the Pastor asked me to give a small testimony, so I did. On my way back to my swat, this somewhat elderly lady held out both of her arms and asked me if she could have a hug. I said sure. While hugging me, she whispered in my ear and said, “This hug is from your mother in heaven, through me to you.” I immediately broke down and cried like a baby.

Several months later, I joined the church and got my first job that day, on a Sunday, and I had never worked before! God is good. I walked with the Lord for three years from 2012 through 2015 clean and sober and I had been celibate for 18 months. I met a young lady and made the biggest mistake of my life by shacking up. Shacking up!  I found out a year later that she didn’t believe in God, Jesus or the Holy Spirit. But I ignored God’s many warnings to flee to the mountain and don’t look back. A few months later I got into a car accident, totaled my car and reinjured my back. I lost both of my jobs, lost my apartment,  and lost the woman-thank God!-and became a homeless alcoholic, liar, thief, fornicator, and addicted to crack for two years,  From 2016-2018 I moved to Victorville in March, 2018 with my brother who advised me that I needed to get cleaned up and back into church. He called Set Free and dropped me off on May 1, 2018. I rededicated my life to the Lord and received the gift of the Holy Spirit twice at the ranch. Every man at the Ranch has been a blessing to me in some way, form or fashion. The Lord has also blessed me with three personal spiritual advocates- Mike, Cory and Vance. Amen 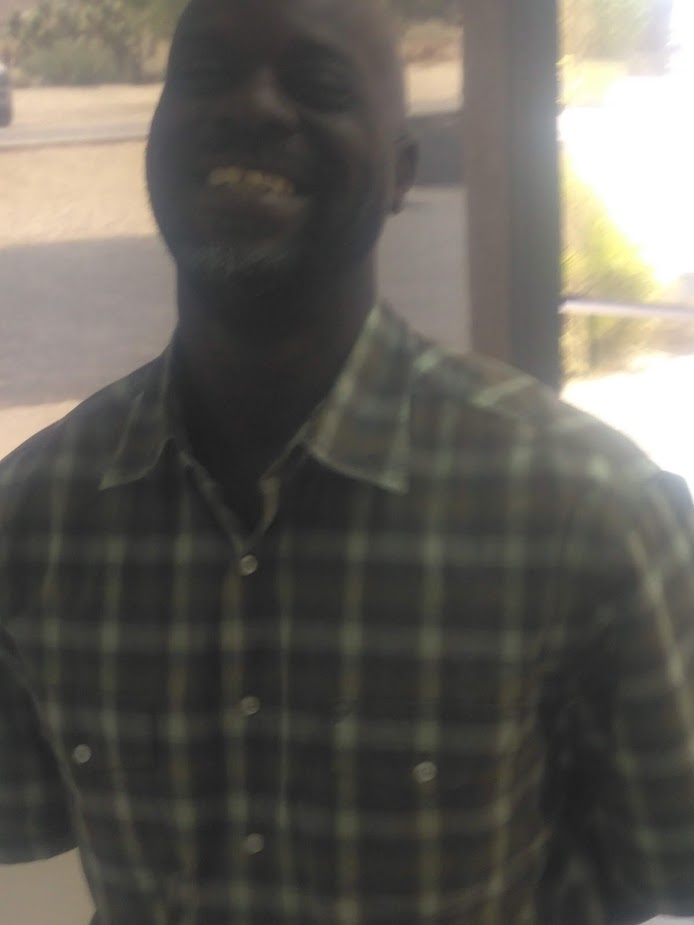 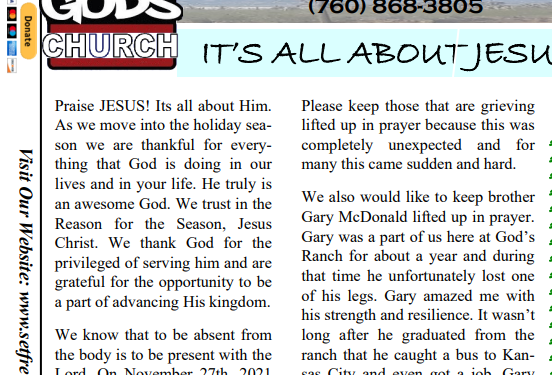